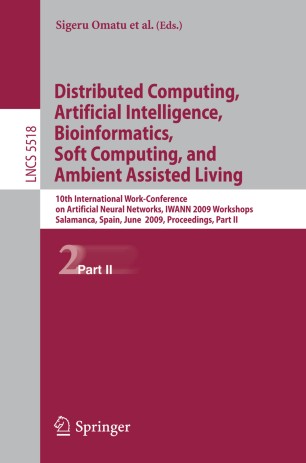 Logistic regression (LR) is a simple and efficient supervised learning algorithm for estimating the probability of an outcome variable. This algorithm is widely accepted and used in medicine for classification of diseases using DNA microarray data. Classical LR does not perform well for microarrays when applied directly, because the number of variables exceeds the number of samples. However, by reducing the number of genes and selecting specific variables (using filtering methods) great results can be obtained with this algorithm. On this contribution we propose a novel approach for fitting the (penalized) LR models based on EDAs. Breast Cancer dataset has been proposed to compare both accuracy and gene selection.